Village located nearby the Mont Ventoux, Le Barroux became famous thanks to its castle which dominates it. Composed of round towers, this monument possesses a past as well as medieval, as at the time of the Renaissance where he had been redesigned. Burned during the Second World War, nevertheless, he had been restored. 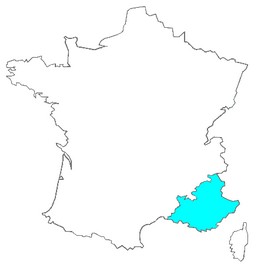